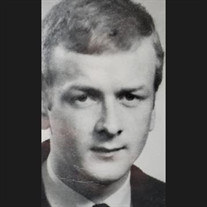 Anthony J. Paxton, 76, of Willoughby, died January 17, 2022 at University Hospital Richmond Medical Center. He was born April 25, 1945 in Dublin, Ireland. Mr. Paxton worked as a postman in Ireland before coming to the States in 1977. He then proceeded to leave his mark on the Food and Beverage Industry across the mid, north, and southern United States. His hobbies included stamp and coin collecting, but his passion was gardening. He could make anything grow! He had a special touch and patience and continued to feed and care for each plant as though it was one of his children. Mr. Paxton was especially good at telling stories of all his travels with friends and family, it was like you could imagine yourself there with him, he was the best storyteller. He loved his picture taken and would say, “OK, now send that all over the world!” He enjoyed the beach, continuous learning, his family, music, and anything that ended in a good hooley. Tony loved to search for treasure as well, such as art, jewelry, old records, etc, anything that seemed valuable to him. But what he most loved were his grandchildren. He would take each as they came and walk the floors with them making the swoosh sound of the womb, which he swore was the secret to his success in getting them to sleep. Survivors include his wife, Mary Ann Paxton; children, John (Chanin) Paxton, Claudia (Curtis) O’Neal, Lydia (Gerald Albietz) Paxton, Adeline (Shawn) Rapp and Jennie (Peter) Pexa; 11 grandchildren; brother, Martin (Deirdre) Paxton; and his sisters, Margaret Kessler, Bernadette Panetta, Gloria (Joseph) Cramer and Bette (Peter) Brunning. He was preceded in death by his parents, John and Christina Paxton and his sister, Carmel Bahia. The family will receive friends from 4-8 p.m. Wednesday, January 26, 2022 at the Brunner Sanden Deitrick Funeral Home & Cremation Center, 8466 Mentor Ave., Mentor, OH 44060. A funeral mass will be held at 10 a.m. Thursday, January 27, 2022 at Immaculate Conception Church, 37932 Euclid Ave., Willoughby, OH 44094 (Please meet at the church.) In lieu of flowers the family requests contributions be made to American Diabetes Association, P.O. Box 7023, Merrifield, VA 22116-7023. Please offer condolences at www.brunners.com.

Anthony J. Paxton, 76, of Willoughby, died January 17, 2022 at University Hospital Richmond Medical Center. He was born April 25, 1945 in Dublin, Ireland. Mr. Paxton worked as a postman in Ireland before coming to the States in 1977. He then... View Obituary & Service Information

The family of Anthony J. Paxton created this Life Tributes page to make it easy to share your memories.

Send flowers to the Paxton family.