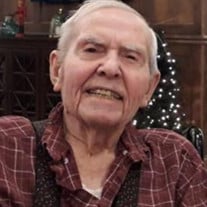 Charles R. Sargent, 93, passed away Saturday, August 15, 2020, at Mentor Ridge Health and Rehabilitation Center in Mentor, OH. He was born November 26, 1926, in Winthrop, Maine, one of six siblings. The family moved to Wenatchee, Washington in 1936. Mr. Sargent served in the United States Marine Corps from 1944-1946, including service in the Pacific during the Second World War. After graduating from the University of Washington, Mr. Sargent worked at the National Security Agency in Fort Meade for 32 years. He is survived by his two children, Eric R. (Connie) Sargent and Lynn S. (Kevin) Berner, three grandchildren, John Berner, Carl Berner, and James Berner, and his sister, Betty Bowles of Oakland, CA. He is preceded by Mabel Knudson (m.1980-1999) and Carol Kratz (m. 2000-2008). He moved to Ohio in 2009 and is remembered with love by his friend, Joan Bender. Private family services will be held at a later date. In lieu of flowers, contributions may be made to the Greater Cleveland Foodbank, 15500 S. Waterloo Rd, Cleveland, OH 44110 or online at https://www.greaterclevelandfoodbank.org/. Arrangements entrusted to Brunner Sanden Deitrick Funeral Home and Cremation Center, Mentor, OH. Offer condolences at www.brunners.com.

The family of Charles R. Sargent created this Life Tributes page to make it easy to share your memories.