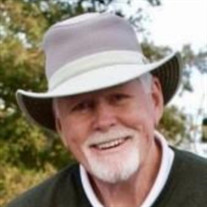 David Alan Noble, 68, passed away on Tuesday, December 15 with family at his side after a valiant six-month battle with ALS (Lou Gehrig’s Disease). Dave was born on April 10, 1952, in Zanesville, OH to Inez & David W. Noble, who preceded him in death. He played football for Fairmont West HS and Ohio Northern University and completed his degree at Wright State University. Dave began his Parks & Recreation career as an ice guard/Zamboni driver with the City of Kettering in Ohio. There he met his true love and wife of 44 years, Mary Kay, who survives him along with their three children, Sean; Kate Murphy (Owen); Ryan (Lindsay); their beloved grandchildren, Adelynn, Violet, Weston & Grayson David; brothers Keith and John (Paula); brothers-in-law and sisters-in-law; and numerous nieces and nephews. Dave & Mary Kay relocated to Mentor, OH in 1986 where they raised their family. Dave was employed by the City of Mentor and then worked for Lake Metroparks for twenty years and served as the Executive Director for 16 years prior to his retirement. He was active in our community and served as past president of Mentor Rotary. Dave was “larger than life” and will be remembered as a great friend and leader who inspired those around him with passion, drive, and a love for building relationships. At the forefront of Dave’s life was his faith and family which he always said was the root of his happiness. He spent countless hours enthusiastically supporting his children’s endeavors around the world. After retiring, he and Mary Kay moved to Tellico Village, TN where they lived their best life. When not boating, hiking, building trails, kayaking, golfing, playing pickle ball, or game nights, he was traveling around the world visiting family and friends. Dave was an avid sports fan who could be heard a mile away screaming at his Cleveland Browns and OSU Buckeyes on TV, even having an official Browns Backers Club named after him, The Noble Dawgs of Tellico Village. He fought the good fight, he has finished the race, and he has kept the faith. Well done, my good and faithful servant. Rest eternally in your Father’s arms. Amen. Due to COVID-19, a Mass of Christian Burial will be live streamed (https://lighthousemediaservices.com/live-webcast) from St. Bede the Venerable (Mentor, Ohio) at 10 am Monday, December 28, 2020. A private burial will be held at Mentor Cemetery. In lieu of flowers, contributions can be made in Dave’s honor to Lake Parks Foundation or Timeless Tellico Foundation. Offer condolences at www.brunners.com

David Alan Noble, 68, passed away on Tuesday, December 15 with family at his side after a valiant six-month battle with ALS (Lou Gehrig&#8217;s Disease). Dave was born on April 10, 1952, in Zanesville, OH to Inez & David W. Noble, who preceded... View Obituary & Service Information

The family of David Alan Noble created this Life Tributes page to make it easy to share your memories.

Send flowers to the Noble family.