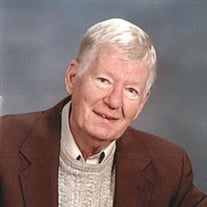 Frank A. Johnson, age 90, of Concord Township passed away peacefully on Wednesday, September 1, 2021 at his home. Mr. Johnson was born in East Cleveland to Frank and Verna Mary Johnson (nee: Murphy) on August 6, 1931. He was one of three children. He attended Ohio Northern University and graduated from the School of Pharmacy with honors. He was then drafted into the Army and served from 1956-1958 under Pres. Dwight D. Eisenhower. He actively practiced pharmacy for over 60 years until retiring at the age of 88. He earned an honorary doctorate degree from the Ohio State Board of Pharmacy for his years of service to public health and caring for the community. Family was his most important priority. He was also an avid reader, played the piano, enjoyed classical music, going to church, fishing, playing pool and cards and working crossword and jigsaw puzzles. He collected coins, Eisenhower memorabilia, and antique clocks. When he wasn’t working a puzzle or watching a Cleveland Indians or Browns game, he was found cooking in the kitchen. Mr. Johnson was dedicated to his pharmaceutical profession and was the owner of Thayer’s Pharmacy in Painesville and was much beloved for his kindness and generosity to his customers. Before purchasing Thayer’s, where he had worked for many years prior, he worked alongside his brother David P. Johnson at Hudson Pharmacy in Euclid serving Booth Memorial Hospital and various nursing home facilities in the surrounding Cleveland area. After selling Thayer’s in the early 1990’s, Mr. Johnson continued to work as a pharmacist for Baker’s Pharmacy, Dave’s Supermarket, Teregen Pharmaceuticals, and Buckhead Pharmacy throughout the Lake and Cuyahoga County areas. Mr. Johnson was baptized into the Lutheran church by his father-in-law, Rev. Aarne J. Juntunen. He is survived by his wife, Anne Marie Johnson (nee: Juntunen) of nearly 64 years, and 3 children, Fawn Patrick (William), Frank Johnson (Pamela) and Jonathan Johnson (Thomas). Mr. Johnson also leaves 5 grandchildren, Kirsten DeBorde (Cameron), Zachary Patrick, Caroline, Camille, and Craig Johnson, and several nieces and nephews and great nieces and nephews. He is preceded in death by his parents, Frank and Verna Johnson, his brother, David P. Johnson, and sister, Verna D. Johnson. Visitation will be held from 4-7 pm, Thursday, September 9, 2021 at Brunner Sanden Deitrick Funeral Home and Cremation Center, 8466 Mentor Ave., Mentor, OH 44060. Funeral service will be held 11 am, Friday, September 10, 2021 at Advent Lutheran Church, 7985 Munson Rd., Mentor, OH 44060. Interment will be in Mentor Cemetery. A luncheon will follow at the church. In lieu of flowers, the family asks you to make a memorial contribution to Advent Lutheran Church in Frank’s name. Offer condolences at www.brunners.com

Frank A. Johnson, age 90, of Concord Township passed away peacefully on Wednesday, September 1, 2021 at his home. Mr. Johnson was born in East Cleveland to Frank and Verna Mary Johnson (nee: Murphy) on August 6, 1931. He was one of three children.... View Obituary & Service Information

The family of Frank A. Johnson created this Life Tributes page to make it easy to share your memories.

Frank A. Johnson, age 90, of Concord Township passed away peacefully...

Send flowers to the Johnson family.