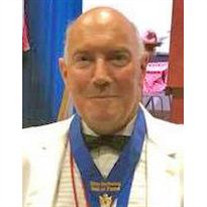 Glenn Lee Beaver, 83, of Mentor, passed away March 2, 2022 at his home, surrounded by his family. He was born April 12, 1938, in Garfield Heights, to the late Clarence and Elizabeth Beaver. He graduated from John Adams High School in 1957 and then attended Ohio University in Athens, Ohio. He was in the Army Reserves until 1966. He first worked as a mechanical engineer and then spent the next 12 years as a sales manager traveling all over the United States until he opened Culligan Water in Chardon, Ohio. After 22 years he sold Culligan Water and retired. During retirement, Glenn loved to spend the winters in North Myrtle Beach with his wife. He enjoyed golfing, exercising regularly, food, and visiting with all his children and grandchildren. He would brag that he has been to every state in the US. He is known as “Dad Beaver” to thousands of DeMolays throughout Ohio and beyond. He was a member of Newburgh Lodge and the Valley of Cleveland Scottish Rite. He was proud to be inducted into the DeMolay Hall of Fame as well as being a 33rd degree Scottish Rite mason. Survivors include his wife of 60 years, Marlene Beaver (nee: Horwath); children, Scott (Debbie) Beaver, Holly (Patricia) Beaver and Wendy (Jason) Kouvaras; grandchildren, Brooklyn, Kindle and Daniel Beaver and Peyton and Kendall Kouvaras; twin brother, Dale (Gerry) Beaver and many nieces, nephews and other loving family members. Preceding Glenn in death is his sister, Elva Beaver. A celebration of Glenn’s life will be held at a future date. Arrangements entrusted to the Brunner Sanden Deitrick Funeral Home and Cremation Center, 8466 Mentor Ave. Mentor, OH 44060. Offer condolences at www.brunners.com

Glenn Lee Beaver, 83, of Mentor, passed away March 2, 2022 at his home, surrounded by his family. He was born April 12, 1938, in Garfield Heights, to the late Clarence and Elizabeth Beaver. He graduated from John Adams High School in 1957... View Obituary & Service Information

The family of Glenn Lee Beaver created this Life Tributes page to make it easy to share your memories.

Send flowers to the Beaver family.