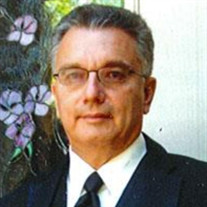 Louis M. Monaco, age 61 of Kirtland Hills, passed away on January 27, 2021. He was born June 9, 1959, in Cleveland, OH. He is survived by his wife of 38 years, Laurie (Murray) Monaco; daughter, Megan (Brandon) Lampe; son, Louis “Michael” Monaco and (fiancé Jacqueline Pagano); grandchildren, Everly and Luca Lampe; mother, Mary Monaco; sister Renee (Robert “Bob”) Guido; Godparents Phillip Fulgenzi Sr. and Shirley Ann Foster and godfather to Dominic Kosley. He was also a loving uncle, cousin, nephew, and friend. He was preceded in death by his father, Louis M. Monaco, and grandmother, Josephine Monaco. Lou was a graduate of Kirtland High School and shortly after began his illustrious career in the car business. He was diverse in his profession and was considered a leader by friends and colleges. Lou started as a young and ambitious salesman, fulfilling multiple roles in the industry. Most recently Lou held the General Manager position at several local dealerships. Lou took great pride in his family and was a devoted husband, son, brother, father, and grandfather. He greatly enjoyed long motorcycle rides, table sports, and traveling to visit his grandchildren in Texas. Lou loved nothing more than spending time with family, creating lasting memories that will not be forgotten. His stories, sayings, and values will forever be imbedded in all the loved ones he touched. A private viewing will begin at 10 AM Friday, February 5, 2021, followed by a funeral mass at 11 AM Friday, February 5, 2021, at Divine Word Church, 8100 Eagle Road Kirtland, OH. Masks are required and social distancing is encouraged during all publicly attended events. Interment will be in All Souls Cemetery, Chardon, OH. Arrangements entrusted to the Brunner Sanden Deitrick Funeral Home & Cremation Center, Mentor, OH. Send flowers and offer condolences at www.brunners.com.

The family of Louis M. Monaco created this Life Tributes page to make it easy to share your memories.

Send flowers to the Monaco family.