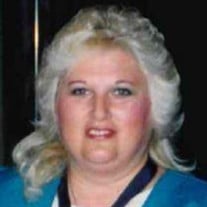 Lynnann Shaffer, 73, of Fairfield OH, peacefully entered Heaven’s Gates on August 24, 2021 at Fort Hamilton Hospital in Hamilton, OH. She was born September 30, 1947 in Cleveland. Lynnann was a 1965 graduate of Mentor High School and lived in Willoughby until relocating to the Cincinnati area in 2008. Mrs. Shaffer initially stayed at home to raise her children before embarking on a career in real estate and retired with Howard Hanna in 2008. She was an active member of Eastern Star Chapter #202, Competition Corvette Club and Corvettes of Hamilton. She enjoyed attending road rallies, swap meets and car shows. Lynnann took great pride in her flower gardens and watching the wildlife around her. Her most favorite time spent was with one of her many beloved dachshunds. Survivors include her mother, Herberta Kinder, husband, Raymond Shaffer; children, Richard (Terese) Lawler; Candiceann Iannaco; Gregory (Annie) Shaffer and step son, Brian Shaffer; and her grandchildren, Dylan, Kelsey, Dominic, Christian, Mark, Jake, Rachel, Kyle, Kara, Michael, Matthew and Megan. She was preceded in death by her father, Virgil Kinder; grandparents, Frank and Berta Dobbs, Earnest Kinder, and Ed and Goldie Taylor. The family will receive friends from 10-11 a.m. Monday, October 11, 2021 at the Brunner Sanden Deitrick Funeral Home & Cremation Center, 8466 Mentor Ave. Mentor, OH 44060. A funeral service to conclude the gathering will begin at 11 a.m. on Monday at the funeral home. Interment will be in Mentor Cemetery. In lieu of flowers the family requests contributions be made to The Neuropathy Action Foundation. 1950 Old Tustin Ave, Santa Ana, CA 92705 Please offer condolences at www.brunners.com.

The family of Lynnann Shaffer created this Life Tributes page to make it easy to share your memories.

Send flowers to the Shaffer family.