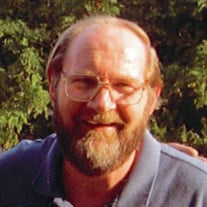 Richard E. Kowalski Jr., age 65, of Morgantown, WV, formerly of Eastlake, OH, passed away Thursday, February 27, 2020, at his home. He was born in Cleveland, OH, a son of the late Richard E. Kowalski and Esther Tromp Kowalski. Richard grew up in Eastlake, OH and attended Willoughby South High School and Hiram College where he played football for both. He then enlisted in the United States Navy and after serving several years, started his career as an air traffic controller. Richard then went on to pursue degrees at Old Dominion University and Carnegie Mellon where he achieved his master’s degree in software engineering. Currently an employee of SAIC (formerly Engility), he was especially proud of his years as a part of NASA’s IV & V Team in Fairmont, WV. Richard was grateful to his employers and co-workers for their understanding and support as he battled cancer for the last five years of his life. Richard is survived by his wife of 39 years, Susan Kowalski, son Kevin (Erin) Kowalski of Virginia Beach, VA, brothers, Russ (Carol) Kowalski of Concord, OH and Ron (Teresa) Kowalski of Seven Hills, OH, sisters-in-law, Terra (Kevin) Cherry and Donna Polendo, all of Mentor, OH, brothers-in-law, Bob Shutack of FL and Tom (Becky) Shutack of TX, nephews, Tony Free, Christopher Kowalski, Dustin and Robbie Shutack and nieces, Lindsay Cherry, Cassandra Kowalski, and Jessica Shutack, and best friend, Kurt (Nancy) Rothacker. He loved them all very much. The family would like to thank all of his doctors and nurses at WVU cancer clinic and are especially grateful to the amazing nurses with Amedisys Hospice, their love and support will never be forgotten. The family will receive friends from 1-3 p.m. Thursday, March 5, 2020, at the Brunner Sanden Deitrick Funeral Home & Cremation Center, 8466 Mentor Ave, Mentor, OH. Private family inurnment will be held at Mentor Cemetery at a later date. Send flowers and offer condolences at www.brunners.com.

The family of Richard E. Kowalski Jr. created this Life Tributes page to make it easy to share your memories.

Send flowers to the Kowalski family.