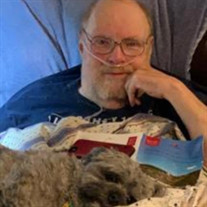 Walter William “Bill” Kneeland, II, age 71, passed away December 30, 2021 at the University Hospitals Lake West Medical Center in Willoughby. He was born in Mansfield on October 30, 1950 and was raised in Zanesville. After graduation from Zanesville High School, Bill enlisted in the United States Navy. During his 21 years of service to his country, he received his Bachelor’s degree from Franklin University. Bill retired from the Navy as a Lieutenant and remained in the Cleveland area, spending more than a decade with DFAS, where he guided the Sandbagger Golf League for a number of years. He also continued his love of dining out and sharing good food and great times with family and friends after his retirement. Bill delighted in counseling fellow veterans concerning their benefits claims and rejoiced in each success story. Within his home he spent lots of time in his “man-cave” taking in countless TV shows, movies, and audiobooks as well as keeping up with everyone by phone, and sharing time with his wife, son, and beloved Pup-Pup, Daisey. Despite significant health challenges in 2017, he was always quick to share his faith, declaring how blessed he felt he was in all things. His memory lives on in his wife, Barbara; children, Walt and Jen; sisters, Becky, Sue (Dave), and Janice (Rick); sister in law, Donna; and numerous nieces, nephews, great-nieces, great-nephews, friends and family all over. He was preceded beyond this earthly realm by his parents, Walter and Fannie Kneeland; sisters, Karen and Lynda; niece, Monnica; brothers in law, Carlos and Dan; and a number of dear friends. In lieu of flowers the family requests contributions be made to a veteran in need, a veterans’ organization, or your favorite animal shelter. Arrangements entrusted to the Brunner Sanden Deitrick Funeral Home & Cremation Center, 8466 Mentor Ave., Mentor, OH 44060. Please offer condolences at www.brunners.com.

Walter William &#8220;Bill&#8221; Kneeland, II, age 71, passed away December 30, 2021 at the University Hospitals Lake West Medical Center in Willoughby. He was born in Mansfield on October 30, 1950 and was raised in Zanesville. After graduation... View Obituary & Service Information

The family of Walter William "Bill" Kneeland created this Life Tributes page to make it easy to share your memories.

Send flowers to the Kneeland family.