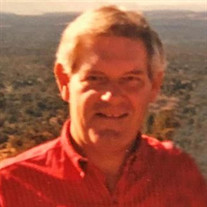 Edward P. Foley, age 70, passed away peacefully Thursday, October 15, 2020, at Continuing Healthcare Center, Mentor, Ohio. He was born on June 22, 1950, in Chicago, Illinois to the late Edward P. and Genevieve A. Foley. His passing was followed shortly by the passing of his beloved wife, Anne M. Foley, 60, as in life, they couldn’t stand to be apart for very long. Ed’s career was defined by law enforcement and security: he was a police officer in the Gurnee, Illinois Police Department, and was later employed for a number of years at Parker-Hannifin in Mayfield Heights, Ohio. He was always interested in his family’s trips around the world, as he was a world traveler due to a globe-trotting security career. His children recently discovered wads of Pakistani rupees and postcards from Soviet Union officials in his belongings. Ed was later known for well-meaning but objectively terrible Christmas and birthday presents, for which he was mocked mercilessly by his loving children. He had a religious-like devotion to a certain un-named steakhouse chain and was always generous in his gifts of mail-ordered hams to celebrate life achievements and birthdays. While he loved his children deeply, it’s likely he saved most of his affection to his favorite ‘child’, a Green-cheeked Conure (bird) named Beep. Ed’s home in Concord, Ohio had been blessed with a blended family and he is survived by his son Ryan (Hannah) Foley, daughter Kayla (Logan) Schmidt, and step-daughters Maureen (Vishnu) Chandran and Marie (Michael) Green. He is also survived by daughters from a previous marriage; Dawn (Brent) Nybert, Mary (Jeff) Smith, and Katie (Jim) Sancken. He is also survived by siblings Marjorie (Ronald) Matthews and Patricia Foley. Ed’s younger brother, William L. Foley, preceded him in death. Together once again, they are surely a force to be reckoned with. Ed was a caring son, husband, father, uncle, and grandfather; he will be deeply missed. As he was a man of proud Irish descent, no memorial would be complete without a traditional Irish blessing: May the road rise up to meet you. May the wind always be at your back. May the sun shine warm upon your face, And the rains fall soft upon your fields. And until we meet again, May God hold you in the palm of His hand. A celebration of Ed’s life will be held at a later date when it is safe for all friends and family to gather in honor of his memory. Arrangements entrusted to Brunner Sanden Deitrick Funeral Home and Cremation Center, 8466 Mentor Avenue, Mentor, OH 44060. Family and friends may offer condolences and share memories at www.brunners.com. In lieu of flowers, donations may be made in his name to the American Cancer Society; online at www.cancer.org.

Edward P. Foley, age 70, passed away peacefully Thursday, October 15, 2020, at Continuing Healthcare Center, Mentor, Ohio. He was born on June 22, 1950, in Chicago, Illinois to the late Edward P. and Genevieve A. Foley. His passing was followed... View Obituary & Service Information

The family of Edward P. Foley created this Life Tributes page to make it easy to share your memories.