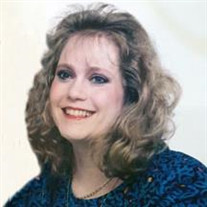 Dr. Elizabeth “Lisa” Pierce Litteral, age 64, of Mentor, OH passed away Wednesday December 8, 2021 at home. She was born July 9, 1957 in Trenton, NJ. The youngest of four children to Lt. Col. Leon A. and Mildred Pierce, she traveled all over the country, but her most formative years were spent in Atlanta, GA. She received her Bachelors of Music in Vocal Performance from Shorter University in Rome, GA and her Masters of Music in Vocal Performance from Converse College in Spartanburg, SC. In 1994, she moved to Cleveland, OH, where she began her work on her Doctorate of Musical Arts at the Cleveland Institute of Music and Case Western Reserve University. She was the inaugural recipient of the Jon Alexander Bel Canto Award and received her doctorate in 2000. Dr. Litteral joined the faculty at Beaumont School in Cleveland Heights in 1995. She served as their Director of Music, where she led Choristers, multiple instrumental ensembles, and Voices of Harmony. Under her direction, Voices of Harmony received a rating of superior in their District’s OMEA Large Group Festival and qualified for state competition for over nine years. She took her ensemble on tours of New York City, Disney World, England, Ireland and Wales, and led them as they sang the national anthem for the Cleveland Guardians. She also served as the music director for Beaumont’s annual musical. Her students cherished her and knew her as an inspiring teacher, remarking on the important role she played in thousands of Beaumont journeys. She was known for her kindness and creating a loving and supportive environment for her students to make beautiful music. They said they would always remember and be grateful for the joy she took in sharing her craft with the world and her patience with them. As the beloved Soprano Soloist and Section Leader at Fairmount Presbyterian Church for twenty five years, Lisa regularly performed as part of the church's Concert Series and every Sunday during the worship services. Each Music Director recalled that she was the best soprano soloist they ever worked with. Lisa cherished the women of her soprano section; she formed everlasting friendships while singing in the choir and created memories that touched her deeply. For twenty-five years, Dr. Litteral served on the voice faculty at Interlochen Arts Camp in Michigan, where she was often a featured soloist with the Festival Chorus and Interlochen Philharmonic Orchestra. In her tenure, she taught hundreds of students leading with grace, love and thoughtfulness. Her voice and talent touched many lives and contributed to the magic of the stately pines. Lisa’s greatest joy was her son, James, who affectionately called her Dr. Mom. Lisa and James took on the world together. He fondly recalls hanging out under the piano as she sang during voice lessons and tagging along for her rehearsals. They loved to travel together, especially for their annual summer vacation they took to the Outer Banks, NC before they kicked off their Interlochen summers. They enjoyed attending performances at Severance Hall, Playhouse Square, and the Blossom Music Center. Lisa and James loved spending time in the kitchen and testing out new recipes. From Lisa, James learned to have an appreciation of music and vocal performance at the highest level; he went on to follow in her footsteps and become a music teacher himself. She will continue to sing in all of our lives. Survivors include her son, James Pierce Litteral; brothers Robert “Bob” (Martha) Pierce, Richard Pierce, and Michael (Joanne) Pierce; nephew Trevor Pierce; and feline friends Lori, Jake, and Elwood. Lisa is preceded in death by her parents, Lt. Col. Leon A. and Mildred Pierce and sister-in-law, Kathy Pierce. The family will receive friends from 4:00 – 8:00 pm Friday, January 7, 2022 at Brunner Sanden Deitrick Funeral Home & Cremation Center, 8466 Mentor Ave. Mentor, OH 44060. A mass of Christian Burial will be held at 10:00 am Saturday, January 8, 2022 at Our Lady of Peace Catholic Church, 12601 Shaker Blvd, Cleveland, OH 44120. A live stream of the mass is available at this link www.olpchurch.com/ Interment will be in Mentor Cemetery, Mentor, OH. In lieu of flowers, the family requests that donations be made to Geauga Humane Society's Rescue Village, 15463 Chillicothe Rd, Novelty, OH 44072, Beaumont School’s Music Department, 3301 N Park Blvd, Cleveland, OH 44118, or Interlochen Center for the Arts, 4000 J Maddy Pkwy, Interlochen, MI 49643. The family welcomes condolences and memories to be shared at www.brunners.com

The family of Dr. Elizabeth "Lisa" Pierce Litteral created this Life Tributes page to make it easy to share your memories.