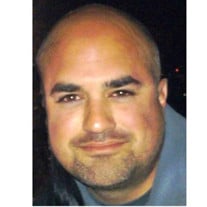 Jason Christopher Coleman, age 47 of Kirtland, passed away January 5, 2022, at University Hospitals TriPoint Medical Center in Concord Twp. He was born November 24, 1974, in Richmond Heights, Ohio. A graduate of Willoughby-Eastlake Tech School, Jason worked as a project manager in the commercial signage industry, and last year started his own residential contracting company. A favorite polaroid photo from the Coleman family album shows him at Cleveland Stadium (now FirstEnergy Stadium), where he worked on a sign installation, albeit wearing his telltale New York Yankees cap, which he insisted on wearing even while watching his beloved Indians play baseball. Jason loved his family heritage. He poured himself into genealogy research, wrote to county offices around the country to acquire census records, marriage and death certificates, and even found pictures of his ancestors from 150 years ago, all of which he collected in boxes. He also amassed artistic hand-blown glassware from the Blenko Glass Company, where family members had worked. He loved music, too. Jason traveled frequently to record the folk rock band Cowboy Junkies, and he prided himself on his ability to sneak equipment into concerts in order to record artists, sometimes by taping microphones to the inside of his hat. Jason played guitar for most of his life and became an avid collector of audio recordings and concert and music memorabilia. Other hobbies included growing blueberries, tomato plants and herbs. Jason’s sons, James Thomas, 17, and Spencer Lisle, 16, meant the world to him. He loved taking them on weekends to parks and unique restaurants to try new foods. He is survived by his sons; parents, Larry and Sharon (Jenkins) Coleman; brother, John (Elara) Coleman; nephew and niece, Clinton and Uma Coleman; and many other loving aunts, uncles and cousins. A celebration of Jason’s life will be held at a later date. In lieu of flowers, contributions may be made in his memory to the Lake Humane Society, 7564 Tyler Blvd # E, Mentor, OH 44060, or online at www.lakehumane.org. Arrangements entrusted to the Brunner Sanden Deitrick Funeral Home & Cremation Center, Mentor, OH. Offer condolences at www.brunners.com.

The family of Jason Christopher Coleman created this Life Tributes page to make it easy to share your memories.