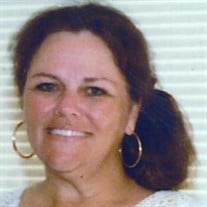 Keath E. Oblisk (née: Maurer), 69, of Mentor, died Thursday, January 14, 2021 after a yearlong battle with cancer. Born October 31, 1951 in Cleveland, and raised in Timberlake, she graduated from Mayfield High School in 1970 and earned her B.S. in Microbiology from Miami University in 1974. She was a strong and independent person, fantasy football savant, and avid arbiter of all things. Survivors include her husband of 40 years, Gregory Oblisk; daughters, Krista Cooper and Kiley Oblisk; son-in-law, Matthew Cooper; nieces, Katie Maurer, Kelsey Oblisk, and Lynsey Oblisk; and her beloved labradoodle, Thunder. She was preceded in death by her parents, Richard and Doris Maurer; her brother, Steven Maurer; her parents-in-law, Gene and Betty Oblisk; and her brother-in-law, Timothy Oblisk. Keath was a dedicated Cleveland sports fan throughout her life. After meeting through work at Ohio Bell, her first date with Greg was at a Cleveland Indians game. Going to games evolved into a regular family custom after the birth of their two daughters. For many years Keath, ever a coordinator, dutifully rallied her friends to gather for Browns games on Sundays. She also organized the indoor and outdoor recreational volleyball leagues she played in year-round, which is where she met some of her greatest friends. Golfing was another beloved activity, something Keath enjoyed doing with her younger brother, close confidant, and cunning co-conspirator Steve. Keath and Steve, both card-playing aficionados, would talk friends and family into lively Euchre and Poker nights at every opportunity, in keeping with Maurer family tradition. Another thing the Maurer family did was drive down to the Clearwater Beach area in Florida for vacations when Keath was a kid – a journey she continued to make with her husband and daughters after her parents and grandmother, Lillian Maurer, retired there. Keath later journeyed to Durham, North Carolina, with her husband after their own retirement for extended vacations to see her eldest daughter and son-in-law. But not all of her favorite places were so far away; she frequented the local beaches and parks with all the dogs lucky enough to be rescued by her over the years. Having spent much of her early career working in industry for companies such as White Motors and Volkswagen, Keath eventually went on to join her father and brother at her father’s engineering firm, IRC Corportion in Wickliffe. After her younger daughter was born, Keath transitioned to volunteering her time despite being a busy mom. She volunteered at the girls’ elementary school library, the YMCA, and for their Mentor youth softball teams. She also organized volunteers and worked the polls with the Lake County Board of Elections through multiple election cycles. Zealous, spirited, and selfless to a fault, Keath was a woman anyone should count themselves lucky to have had on their side. Keath was a reliable source of intelligent perspective and was unwavering in support of those things about which she felt most passionate. Her thoughtful nature and unrelenting spirit is dearly missed by those fortunate enough to have shared time with her. In light of covid, there will be no calling hours or services at this time. Contributions may be made to Hospice of the Western Reserve, P.O. Box 72101, Cleveland, OH 44192 (www.hospicewr.org), or to Lake Humane Society, 7564 Tyler Blvd. #E, Mentor, OH 44060 (www.lakehumane.org).

Keath E. Oblisk (née: Maurer), 69, of Mentor, died Thursday, January 14, 2021 after a yearlong battle with cancer. Born October 31, 1951 in Cleveland, and raised in Timberlake, she graduated from Mayfield High School in 1970 and earned her B.S.... View Obituary & Service Information

The family of Keath E. Oblisk created this Life Tributes page to make it easy to share your memories.

Send flowers to the Oblisk family.